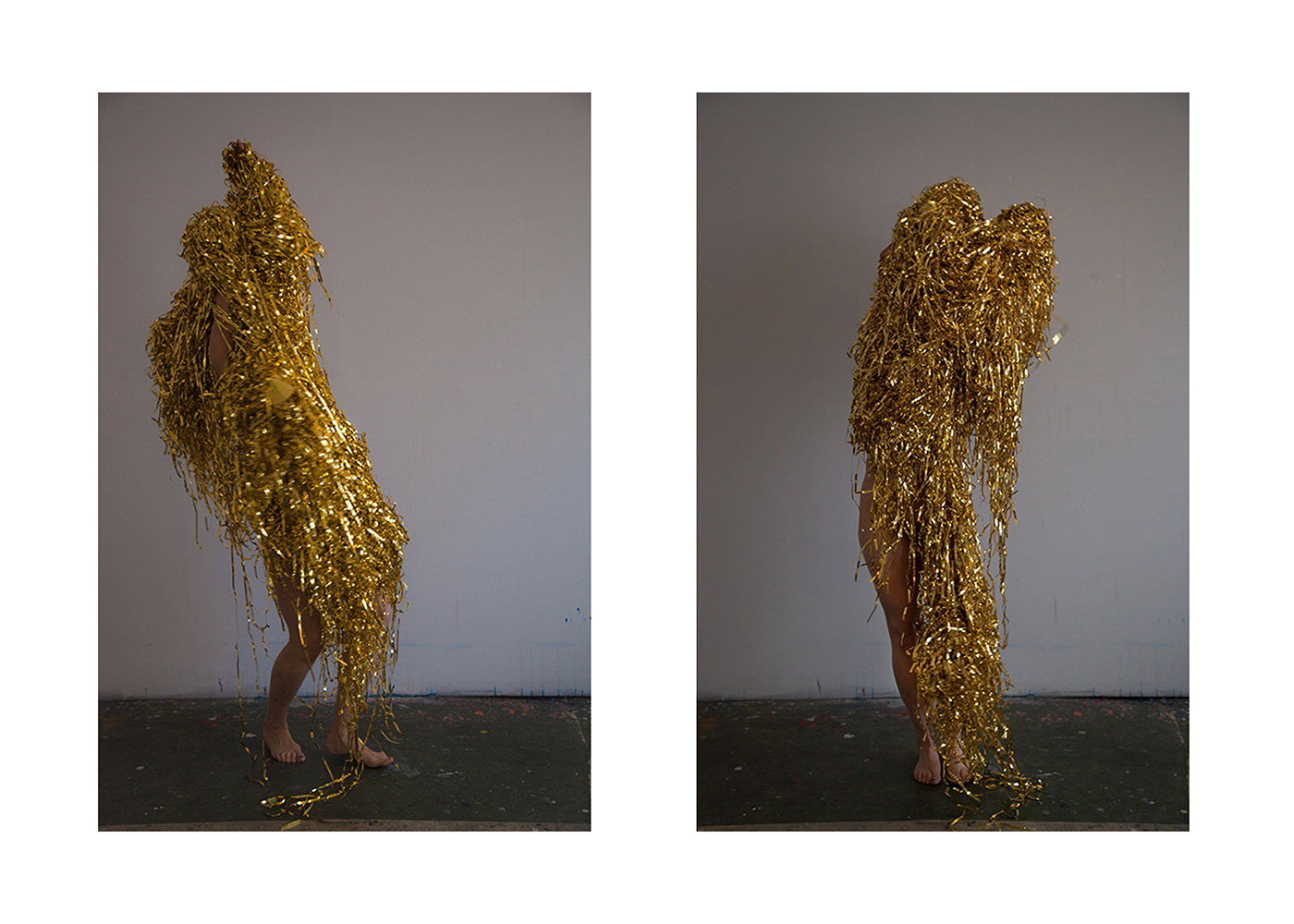 Golden hues  have a glamorous and yet  false value to  them and  are often referred to as “all that glitters is not gold”, a well known saying.

This work is inspired by two sources. The first being the 17th century illustrations of fantastical creatures, hybrid humans, and spectres, such as depicted in Gaspar Schott’s Physica Curiosa (1662), and the second being the very materiality of commercial gold tinsel.

The origins of Tinsel date back to its  invention in Europe in 1610. From  the 17th century to this day, it is used as a decorative element hung from  sculptures, objects, as well as trees.

This series of digital photographs was completed during an Artist Residency at Artscape, Toronto, Canada, December 2013 to January 2014. 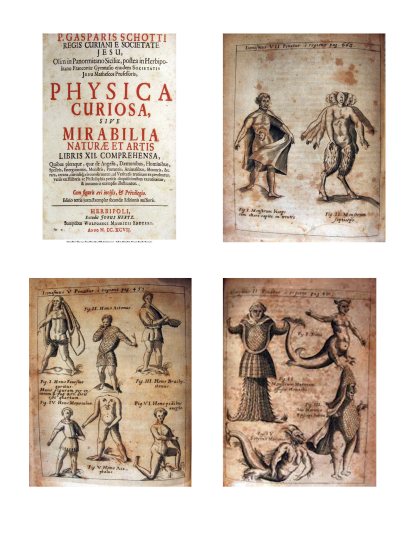