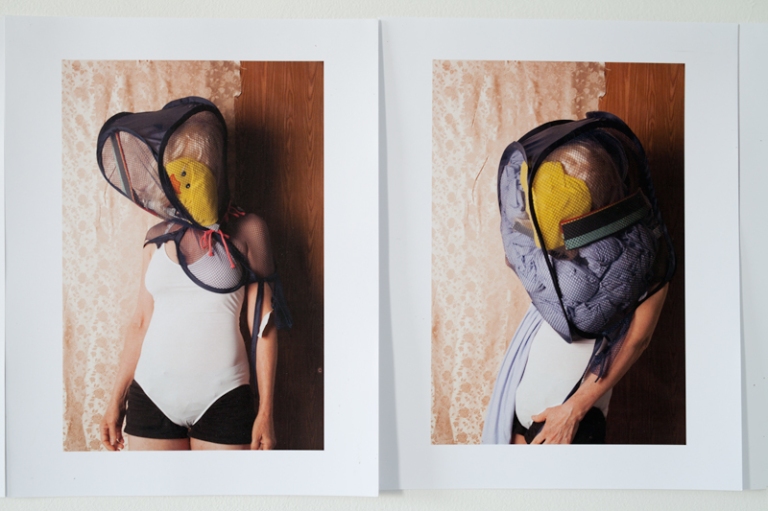 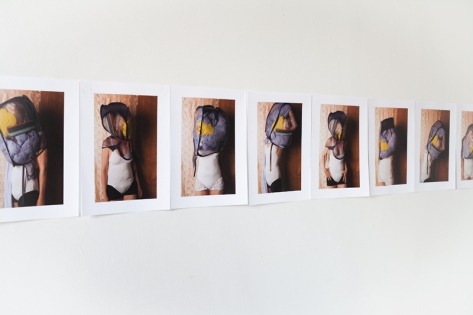 Often defined in opposition to one another,  things are seen as separate from humans. This series reconsiders questions related to the relationship between humans and non-human things and the dynamics that are developed between them. Going beyond the  human body/thing body,   this series  inquires if  fluidity between oneself and the other, between animate and thing can be considered a form of metamorphosis ?

The visual vocabulary of “disarranging”, “deranging”, “discomposing” is the language through which this work unfolds. Words such as top-heavy, inflated, porous, weighty, droopy inform my choice of materials such as homey clothes,  soft fabrics, wigs, yellow ducks shower caps, towels, and laundry mesh bags. By emphasizing  their tactile malleability,  I evoke through this work relationships to body parts, hair, sensuality, inanimate as animate, animate as thing.

The  series was completed during my residency at EastSide International, Los Angeles.